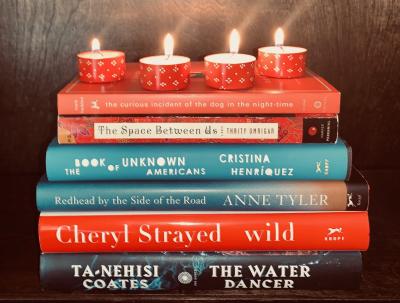 August can be a challenge. If you love summer, you dread losing those lingering hours of sunlight and relaxed routines.  Fans of fall, however, find the 31 day month an endless slog and long for the renewed surge of energy inspired by cooler temps and riotous colors.  August is also an interesting month historically.  The month was named after Augustus Caesar, first emperor of the Roman Empire and grand-nephew of Julius Caesar. To reward him for his conquest of Marc Antony and Cleopatra in Egypt, the Roman Senate named the month of August in his honor, according him the same tribute bestowed on uncle Julius, who had July named after him. August is also rich in literary birthdays; following are works by a few of the literary lights born in this perplexing and yet glorious month. Click on names and book jackets to be taken to links: