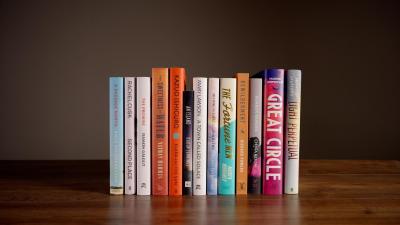 The Booker Prize, one of the most prestigious literary awards in the English speaking world, has brought recognition and vastly expanded readership to novelists for over fifty years.  The Prize is open to works by writers of any nationality, written in English and published either in the United Kingdom or Ireland. The long list, which was announced on July 27, comprises 13 titles narrowed down from 158 novels published between October 1, 2020 and September 30, 2021.  The shortlist, consisting of six books, will be announced on September 14.  Shortlisted authors each receive £2,500 and a specially bound edition of their book. The 2021 first place winner will be announced on November 3. The winner of the 2021 Booker Prize will receive £50,000 and the satisfaction of taking a place among the most esteemed and enduring writers in the English language. The prizes are supported by Crankstart, the charitable foundation of Sir Michael Moritz and his wife, Harriet Heyman.  Click on the book jackets below for links to long listed winners (Not pictured: An Island, by Karen Jennings and The Fortune Men, by Nadifa Mohamed.)