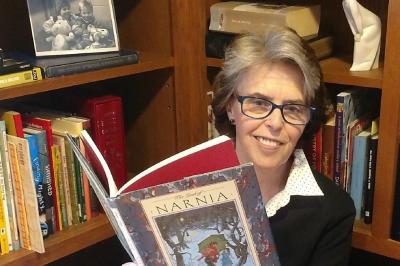 Click on the title to be taken to the Westchester Library Catalog to place a hold for curbside pickup.

Igraine the Brave by Cornelia Funke.
Igraine, a twelve-year-old who longs to be a knight and have adventures, finally gets her chance when Castle Pimpernel comes under attack.
Available as an audiobook on The Cloud Library.

Six Kids And A Stuffed Cat by Gary Paulsen.
Six kids stuck in a boys bathroom during a weather emergency enter as strangers and emerge as friends.
Available as an audiobook on Overdrive ,The Cloud Library, and Hoopla.

The War That Saved My Life  by Kimberly Brubaker Bradley.
Evacuated from London at the beginning of World War II, Ada and her brother Jamie find a whole new life away from their abusive mother. A 2016 Newbery Honor winner.
Available as an ebook on Overdrive and as an ebook and audiobook on The Cloud Library.

Notable Non-Fiction
Twelve Days in May: Freedom Ride 1961 By Larry Dane Brimner.
Civil Rights activists travel by bus  through the South to show that Federal laws on segregation are not being followed. Awarded the 2018 Robert F. Sibert Informational Book Medal. Contains an amazing collection of photographs.