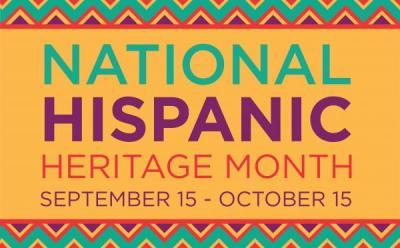 America’s richness and strength lies in its diversity. Hispanic Heritage Month, which is observed from September 15 to October 15, is an annual tribute to the history, cultural contributions and enduring vibrant presence of Hispanic Americans, whose ancestors came from Spain, Mexico, the Caribbean and Central and South America.  Formerly known as Hispanic Heritage Week, the celebration was initiated under President Lyndon Johnson in 1968 and expanded to a 30-day event by President Reagan in 1988; it was enacted into law on August 17, 1988. The four week period beginning with September 15 is significant because it encompasses the anniversaries of independence for Costa Rica, El Salvador, Guatemala, Honduras, Nicaragua, Mexico and Chile. The theme for this  year's celebration is: "Unidos: Inclusivity for a Stronger Nation." Learn more about the celebration and Hispanic contributions to the United States at the History Channel and the Library of Congress . Check out the titles below for Hispanic voices both new and innovative and established and venerated; click on the book jacket to be taken to the link in our catalog.

“In the end, the American dream is not a sprint, or even a marathon, but a relay. Our families don’t always cross the finish line in the span of one generation. But each generation passes on to the next the fruits of their labor.”  Julian Castro

“The Latina in me is an ember that blazes forever.”  Sonia Sotomayor

“Action is the antidote to despair.” Joan Baez