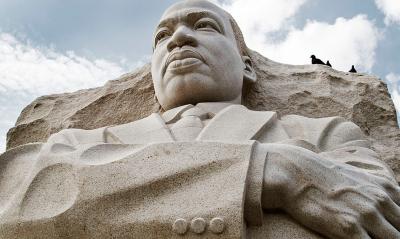 Nobel Peace Prize winner and visionary civil rights leader, Dr. Martin Luther King, Jr., died on April 4, 1968, but it took 32 years for a holiday honoring him to be recognized by all fifty states.  Dr. King’s birthday was signed into law as a federal holiday in 1983 and took effect three years later on January 20, 1986. However, it was not until 2000 that  all fifty states officially observed the holiday. This rather bumpy road to recognition included a boost from a hit song  by Stevie Wonder called “Happy Birthday,”  a petition to Congress signed by six million people and the support of labor unions and the general public.  Martin  Luther King, Jr. Day is observed on the third Monday of January rather than on his January 15 birthday  because it follows the  guidelines of the Uniform Monday Holiday  Act. The holiday gives  us an opportunity not only to honor the legacy of Dr. King but to reflect on the long road ahead to racial justice and equality and the role and responsibility of each individual in achieving this universal goal. Click here to learn more about Dr. Martin Luther King, Jr. Day.  And, click on the book jackets below to be taken to catalog links.