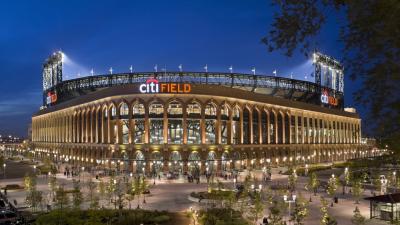 Have you ever wondered why baseball is referred to as our national pastime?  Even the  poet Walt Whitman called it ‘‘America’s game.” Although baseball comes in a distant third to football and basketball in television ratings, the game remains our national sport because it resonates more deeply in America’s heart than any other sport, inciting fierce  loyalties that span generations. Loosely based on an earlier British game called "rounders," baseball was played in the U.S.by amateur clubs in the eastern states as far back as the 1830’s and 1840’s and became a passion during the Civil War, when both sides played as a distraction from the conflict.  Today, the sport continues to both reflect our history and propel us into the future; after all, what diehard fan has not uttered the phrase:  “Wait until next year?” Read and learn more about this iconic American sport at the following sites: National Baseball Hall of Fame and the History Channel. For up to the minute news, check out the MLB site. Also, click on the book jackets below to be taken to the links.  And now, Play Ball!!

“You may not think you’re going to make it. You may want to quit. But if you keep your eye on the ball, you can accomplish anything.”  Hank Aaron

“Never allow the fear of striking out keep you from playing the game.”  Babe Ruth“

“A life is not important except in the impact it has on other lives.” Jackie Robinson

“Baseball is ninety percent mental. The other half is physical.”  Yogi Berra