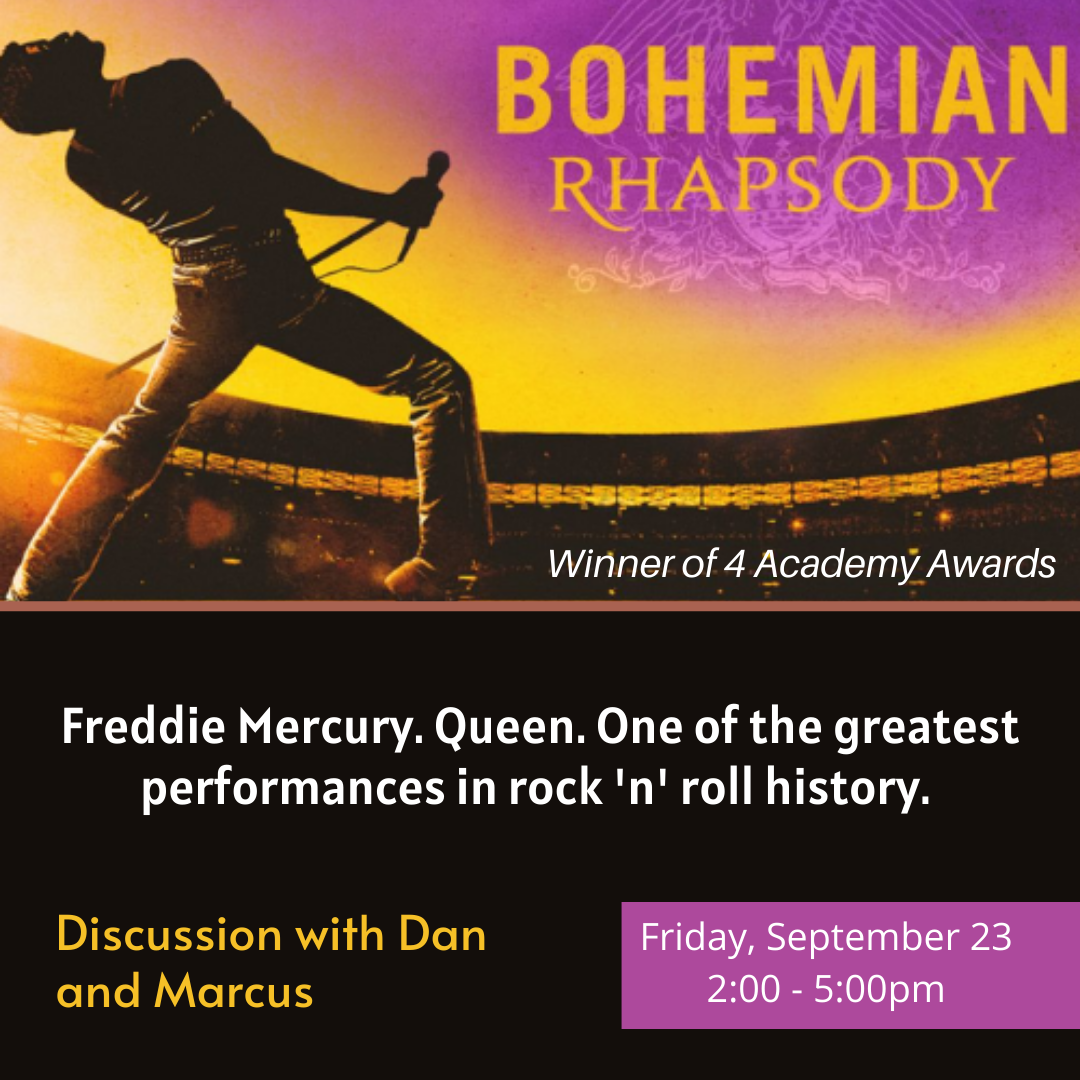 Adults , Seniors
Please note you are looking at an event that has already happened.
Registration for this event is no longer open.

Join Dan Glauber and Marcus Renna for a screening and discussion of the 2018 film "Bohemian Rhapsody."

Freddie Mercury -- the lead singer of Queen -- defies stereotypes and convention to become one of history's most beloved entertainers. The band's revolutionary sound and popular songs lead to Queen's meteoric rise in the 1970s. After leaving the group to pursue a solo career, Mercury reunites with Queen for the benefit concert Live Aid -- resulting in one of the greatest performances in rock 'n' roll history. Starring Rami Malek as Freddy Mercury. Directed by Bryan Singer. Winner of 4 Academy Awards.