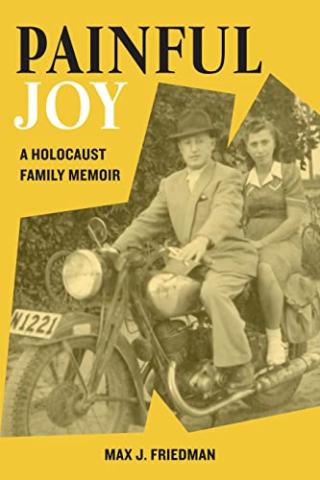 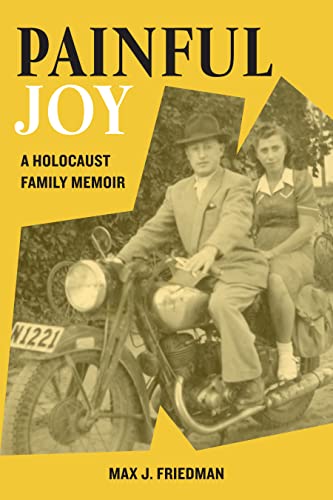 Max Friedman was born in Sweden, grew up in Coney Island in the shadow of the Cyclone and Nathan's Hot Dogs, educated at Columbia and Berkeley and has spent most of his adult life in Westchester. He is married to a longtime Scarsdale Library reference librarian.  He has spent his entire career telling the stories of hundreds of others. Max's passion has always been to tell the stories of other people.  Working at WNET/13 and as a freelance writer, some of those stories were about the famous.  In corporate America, he turned his experience as a professional writer and editor to the lives of patients, physicians and scientists, all facing great personal challenges or making extraordinary discoveries.  He even collaborated on memoirs.  But the one story he avoided all these years -- perhaps because it was too difficult to piece together or perhaps too painful to retell -- was about his own family and especially his Holocaust survivor parents. Painful Joy represents that dramatic and comprehensive journey of discovery .  He widens its perspective to discuss Europe during that period, the effects of antisemitism, the nature of survival and its lasting effects on others.

Max Friedman's parents, Sam and Frieda, met in Sweden shortly after their liberation from the notorious Bergen-Belsen concentration camp. Both were poor Polish Jews who had survived years of privation and terror during the Holocaust.  After emigrating to the U.S., Sam just wanted to forget his past and only spoke about it to his son Max for a few minutes once in his life.  Frieda needed to talk about the camps nearly every day of her life and to reinvent her daughter in her own image.  Against this dramatic and complicated backdrop, and after years of avoiding learning more about either of his parents, Max decided it was time to find out who they really were, how they survived and the effects of their survival on them, on him and his sister, potentially future generations.  Painful Joy explores that five-year-long journey through archives and visits to Poland, Sweden, Germany and Israel, filled with  surprises uncovered, details relived, memories reimagined and questions unanswered   It  is an unforgettable, moving and riveting tale that will teach readers more about the Holocaust and about the nature of survival as we watch Frieda and Sam climb through the circles of hell and seek to reinvent themselves, if possible.  It is a complicated family story too that is both uplifting and tragic, funny and one that will bring you to tears. Friedman goes into great detail to educate readers about the world at that time and how it relates to the complicated and sometimes frightening world we live in today.