Special Event: An Evening with Fiona Davis, author of The Magnolia Palace 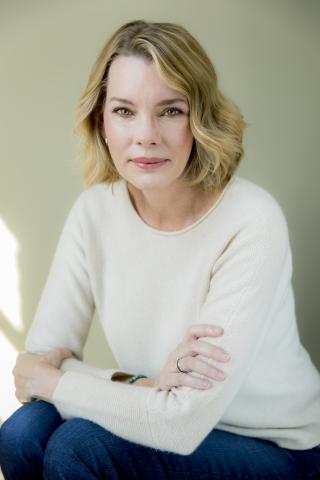 Teens , Adults , Seniors
Registration is closed because no more seats are available.

The Scarsdale Library is thrilled to invite you to an evening with author Fiona Davis, Q&A and book signing to follow.

Copies of The Magnolia Palace can be purchased online via Bronx River Books or onsite at the event.

New York Times bestselling author of The Lions of Fifth Avenue, Fiona Davis has spent the better part of a decade mining hidden histories of iconic New York City buildings, skillfully using each setting to illuminate the experiences of women, and asking questions about how women’s voices have changed over time, how cities have changed, and how the arts have impacted lives.

Now, Fiona Davis returns with The Magnolia Palace, a tantalizing historical novel about the secrets, betrayal, and murder within the Frick, one of New York City’s most impressive Gilded Age mansions. The Frick mansion was built in 1914 and was the home of Henry Clay Frick, an industrialist who achieved great wealth and who amassed a stunning art collection including works by Degas, Vermeer, and Rembrandt. His art collection was so impressive that the house and its contents were left to the city and became The Frick Collection in 1935.

She was inspired to write The Magnolia Palace after learning about two extraordinary women: Helen Frick and Audrey Munson. Helen was known to be a strong, spirited, and independent young woman whose father favored her over her brother, Childs—a bond that eventually would estrange the siblings. She committed her life to her father’s legacy and founded the Frick Art Reference Library in 1920. Audrey Munson is considered the “supermodel” of the 1910s, her figure gracing dozens of New York City locations, including the Frick. Unfortunately, Munson’s life was marred by scandal and tragedy and she died in an asylum in 1996 at age 104.

Sponsored by Friends of the Scarsdale Library.