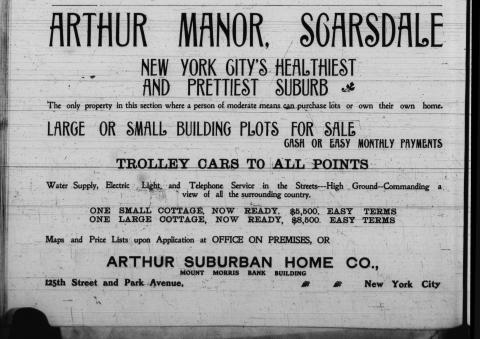 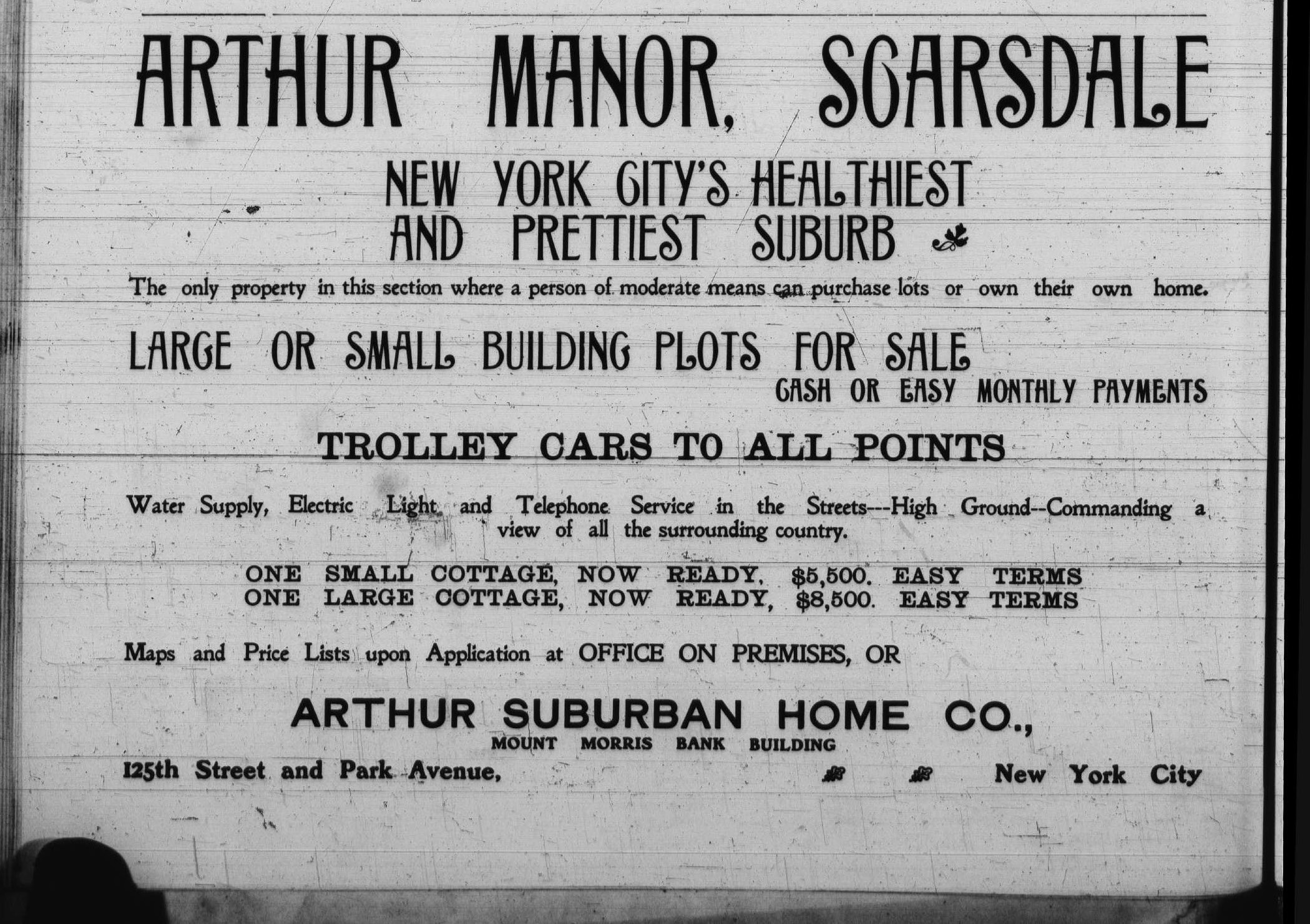 Please join us for the premiere virtual screening of the Scarsdale's Historical Society's latest video depicting the history of the Edgewood neighborhood, Arthur Manor: A Historical Tour of Scarsdale’s First Suburban Community".  In 1891, The Arthur Manor Suburban Home Company began construction of a housing development that initiated Scarsdale's transformation from a rural town of farms and estates to a modern suburb. This 20 minute film features Jordan Copeland, Scarsdale Historical Society Board member and newly appointed Scarsdale Associate Village Historian, as he guides us through Arthur Manor to learn about the history of this unique community and how its growth impacted the nearby neighborhood of Edgewood

This film is the second of a series the Scarsdale Historical Society is producing about Scarsdale's remarkable neighborhoods.  The first video, Path to a Scarsdale Community: Fox Meadow and the Butler Estate is co-produced and narrated by Barbara MacDonald, Scarsdale Village Historian and the Society's Historian. It can be viewed on the Scarsdale Historical Society's website here, https://www.scarsdalehistoricalsociety.org/videos.  Both films are directed and edited by Lesley Topping.

The film will be shown via Zoom on Monday, June 21st at 7:00pm and will be followed by a question and answer session with the filmmakers, Lesley Topping and Jordan Copeland. This event is presented by the Scarsdale Historical Society and the Scarsdale Public Library.