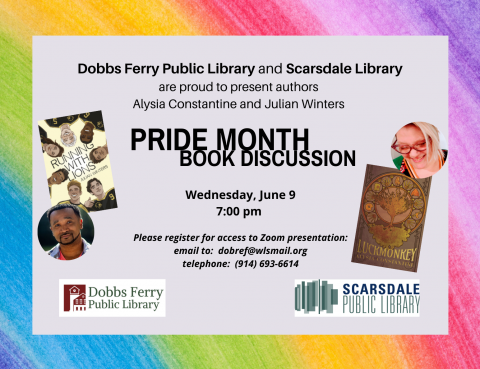 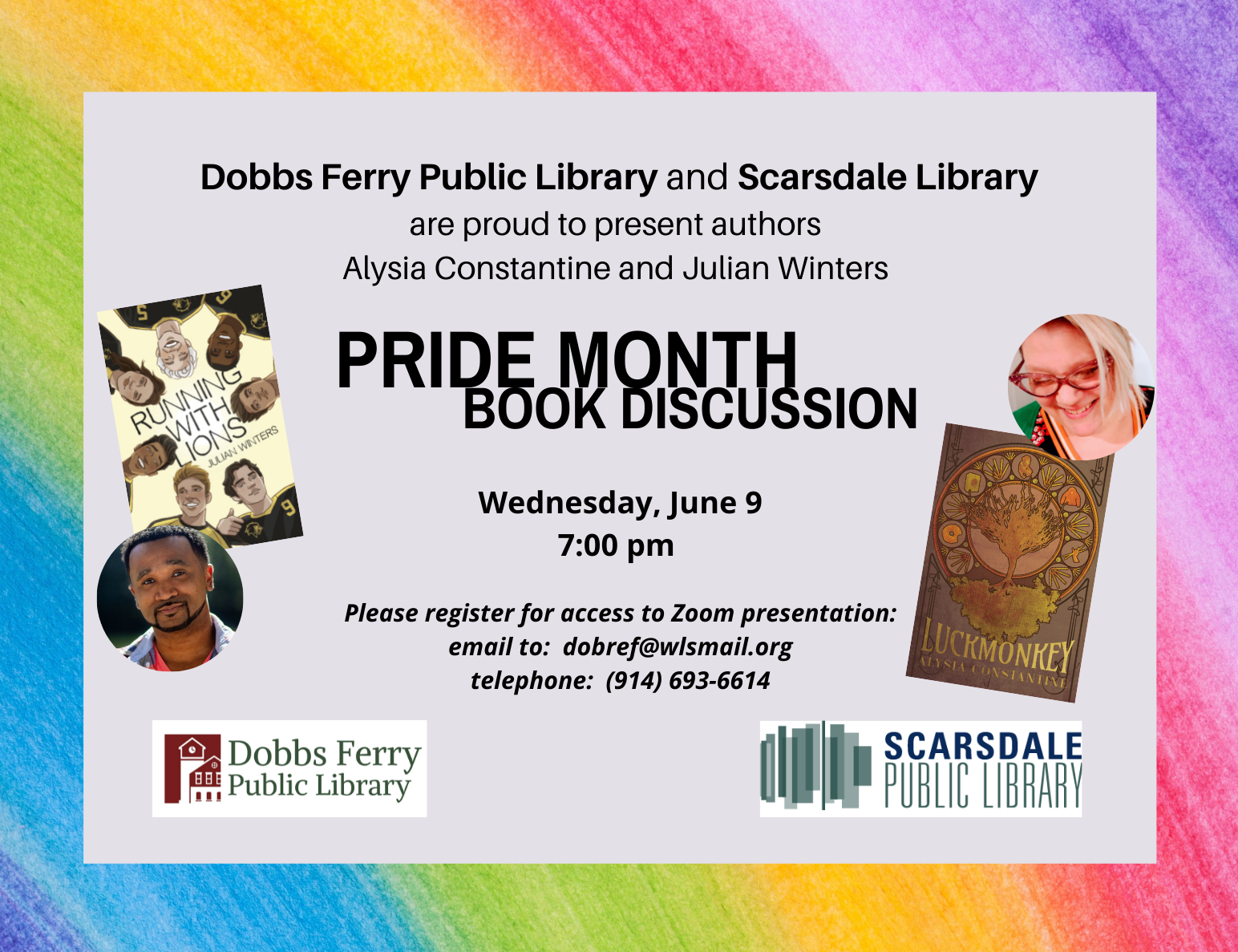 Celebrate Pride Month at the library.

The Dobbs Ferry Library and the Scarsdale Library are proud to share a literary conversation about LGBTQ+ representation in literature today with Alysia Constantine and Julian Winters.

Julian Winters is the award-winning author of Running With Lions—which won an IBPA Benjamin Franklin Gold Award for Best Teen Fiction—as well as How To Be Remy Cameron and The Summer of Everything. A self-proclaimed comic book geek, Julian lives in Decatur, Georgia, where he can be found watching the only two sports he can follow: volleyball and soccer. His next book, Right Where I Left You, will be released by Viking Children's/Penguin Randomhouse in Spring 2022. Visit him online at julianwinters.com.

Please register on this page, or email dobref@wlsmail.org.

The Zoom link will be sent approximately an hour before the discussion starts.