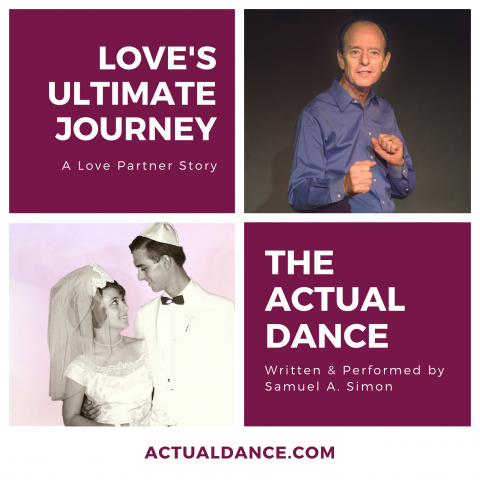 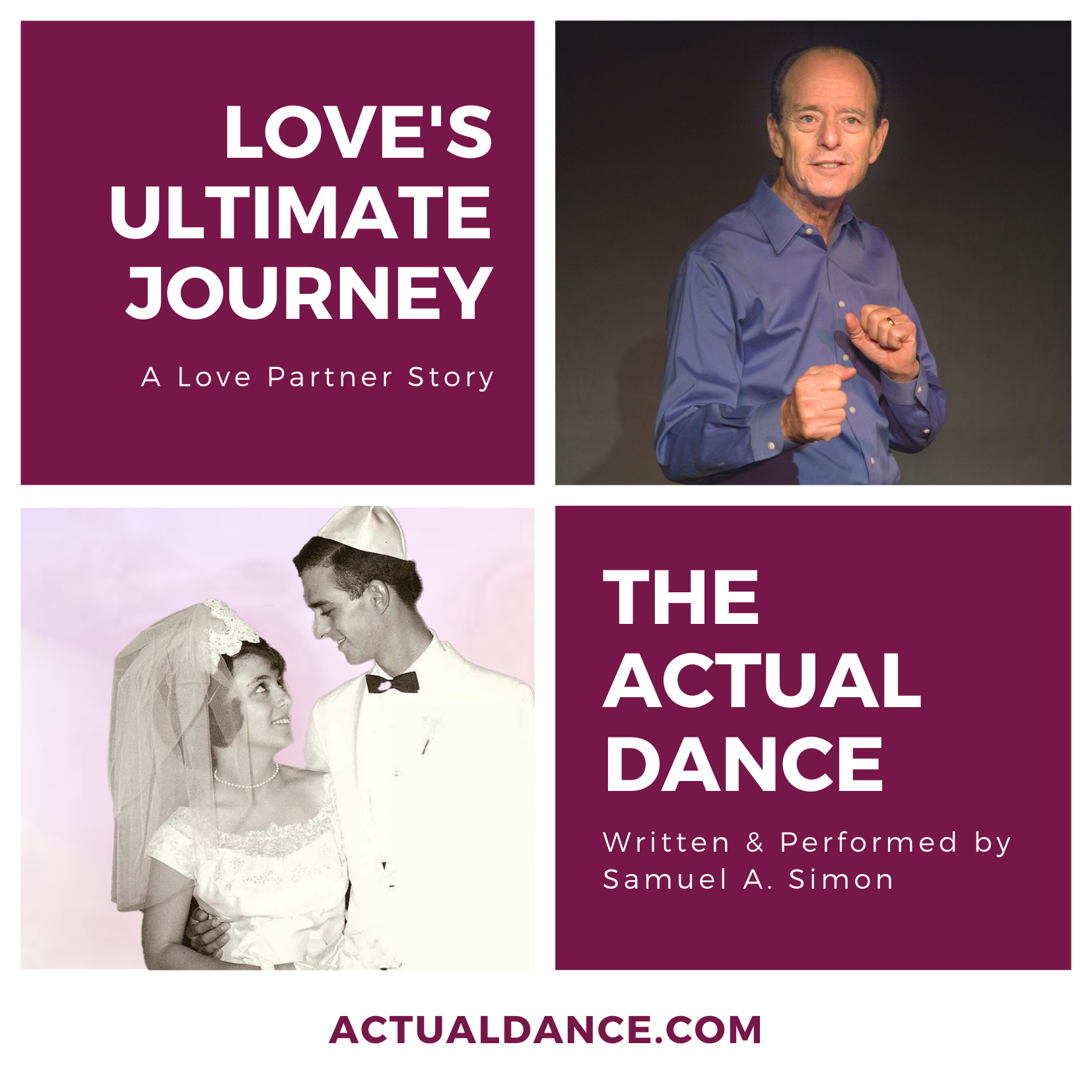 The Actual Dance is an award-winning play that has toured the US and internationally for eight years.  In the story of the LovePartner, the spouse as his mate faces a life-threatening disease.  The actor presents the story through the eyes and heart of a husband.  Audiences laugh, cry,  and then stand and cheer—a happy ending. The story is autobiographical. The actor and his wife will join us for a conversation after the performance.   Sam and his wife notice each other when they are just 16 years old. The story takes place during the 34th year of marriage.  The husband confronts his worst fears and discovers a beauty he could not imagine.

Sam Simon describes his work with The Actual Dance as his “fourth age.” He comes to it after a career as a prominent member of America’s consumer movement. Trained as a lawyer, he started his career as one of the original members of Ralph Nader’s first legal advocacy group in Washington, DC in 1970. Early in his career his leadership was recognized through a profile in the New York Times. (NY Times, Jan 29, 1971 p. B1). After a stint in the US Army as a JAG Captain, Sam returned to work for Ralph Nader and then start his own consulting firm. During that time Sam became a regular in the national news, appearing on programs such as Face the Nation, The Today Show, Good Morning America, CBS Morning News, The Nightly News, Phil Donahue Show and the Oprah Winfrey Show.