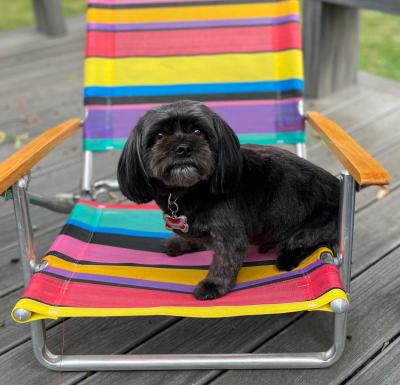 Welcome to the “Dog Days,” the time of year synonymous with the “lazy, hazy, crazy days of summer.” The name conjures up images of dappled dogs dozing in the sun but have you ever wondered where the term originated and what it actually means?  The “Dog Days,” which officially begin on July 3 and end on August 11, coincide with Sirius, the Dog Star, rising and setting with the sun. Known as the Dog Star because it is part of the constellation Canis Major, Latin for “Greater Dog,” Sirius is the brightest star in the night sky. Ancient Greeks and Romans blamed its intensity for the onslaught of the heat, lethargy and fevers that occurred during its ascendancy; in ancient Greek, Sirius actually means “the scorcher.”  The phrase “dog days,” was translated from Latin to English about 500 years ago and has since taken on multiple meanings in different countries, including the one with which we are most familiar. Celebrate the return of the Dog Days by doting on your canine companion or by checking out some of the varied dog themed books listed below. Click on the book cover to be taken to the link.

“There is no thunder, no relieving rain. These are strange and breathless days, the dog days, when people are led to do things they are sure to be sorry for after.”   Natalie Babbitt, Tuck Everlasting

“The more I know about people, the more I love my dog.” Mark Twain

“You want a friend in Washington? Get a dog.”  Harry S Truman