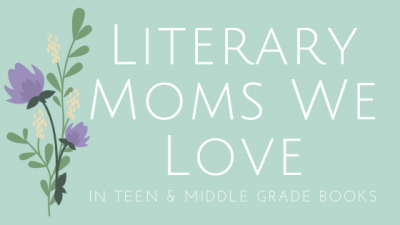 Moms deserve more credit than they sometimes get in children’s and teen literature. There was a time in kid and YA lit where out-of-sight at best and gone-before-the-book-began at worst parents were the norm. In 2010, Publishers Weekly even wrote about this phenomenon of “The Ol’ Dead Dad Syndrome”. And I get it, for some fantastical adventures to happen in a novel, it may be necessary to say make the parents heavy sleepers so their child can sneak out every other night. It’s easier still to write out the parents completely. But truthfully, unless the story centers around a fraught parent child relationship, a well written parent in middle grade and teen literature can truly round out a book and make it read more authentically.

So in honor of Mother’s Day, here is just a small handful of the BEST moms in middle grade and teen literature! Some are idealized, while others are more down-to-earth. Whatever the case may be, it’s wonderful to see these literary moms portrayed as present and positive influences in their stories!