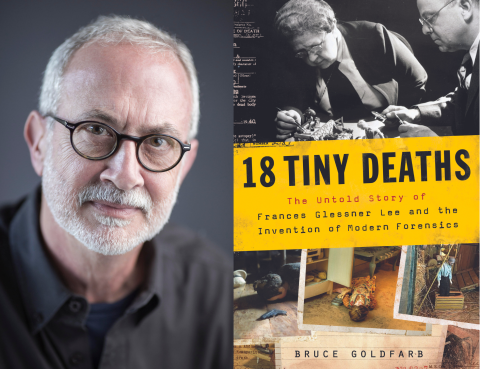 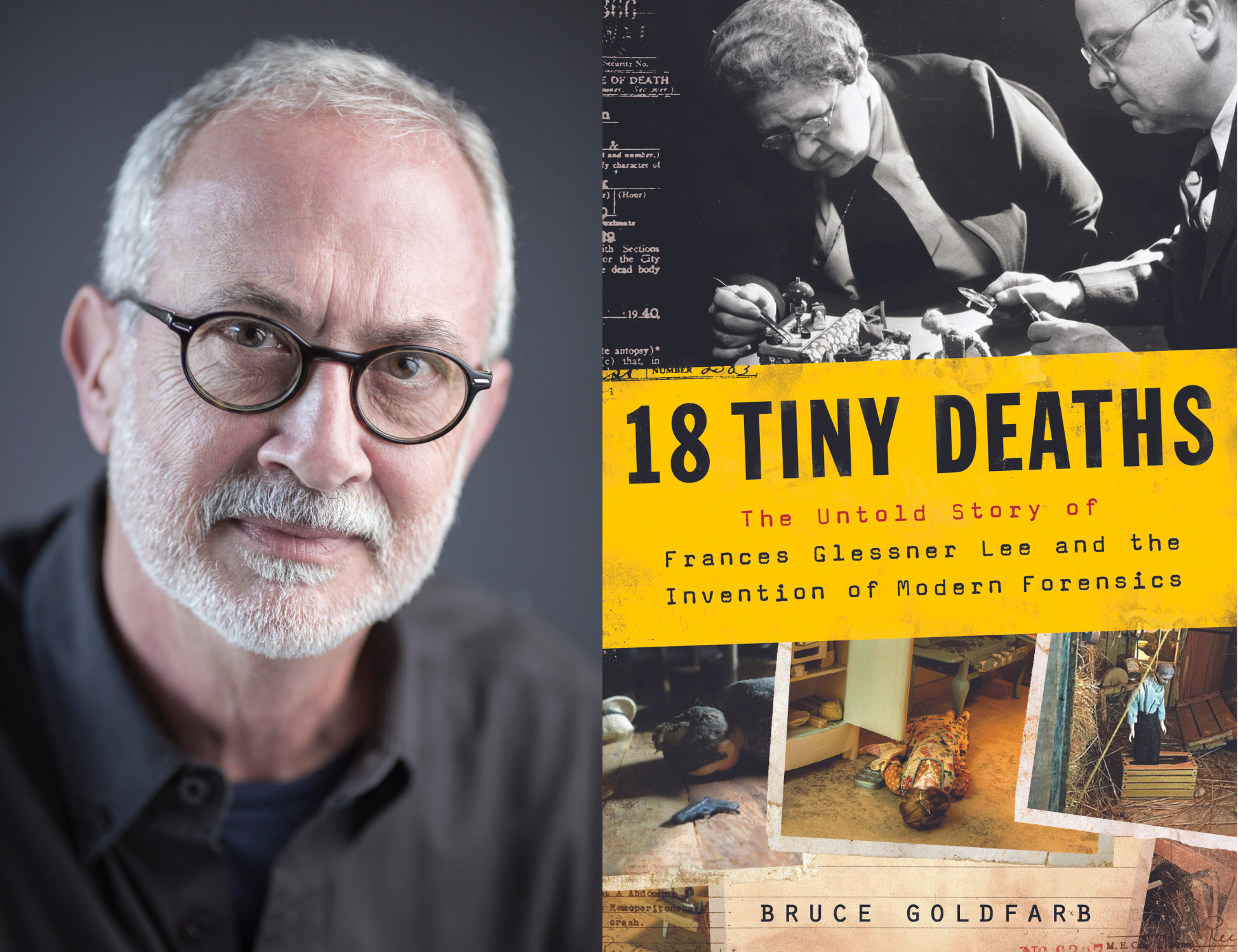 Join us for an evening with author Bruce Goldfarb as he discusses his book 18 Tiny Deaths: The Untold Story of Frances Glessner Lee and the Invention of Modern Forensics.

Everything we know and expect in a CSI-type crime scene investigation -- in real life and in pop culture -- is because of Frances Glessner Lee. Known mostly as the
creator of the Nutshell Studies of Unexplained Death, this elderly millionairess with no formal training is the Mother of Forensic Science. Bruce Goldfarb, author of Lee's biography, discusses her role as a reformer, educator, and activist in the movement from the archaic coroner system to a modern, science-based medical examiner system of death investigation.

“This book will beguile anyone with an interest in forensic science or the history of crime investigation.” – Rachel Monroe, author of Savage Appetites: Four True Stories of Women, Crime, and Obsession

“…a captivating portrait of a feminist hero and forensic pioneer. A stand-out addition to any library’s true-crime collection.” – Booklist

“Goldfarb’s storytelling gifts will lead readers of insightful true crime to hope he will write more in the field. Devotees of TV’s CSI will have their minds blown.” – Publisher’s Weekly

A former EMT/paramedic Goldfarb is an award-winning journalist whose work has appeared in many print and online publications. Since 2012, Goldfarb has been executive assistant to the Chief Medical Examiner for the State of Maryland. He is public information officer for the OCME, regarded as one of the best in the world, and is curator of the Nutshell Studies of Unexplained Death. 18 Tiny Deaths is his first book of popular nonfiction.

You can buy a copy from Bronx River Books.

Borrow the ebook on Hoopla.

Borrow the audiobook on Hoopla.

You will receive an email with the Zoom link approximately an hour before the event starts.