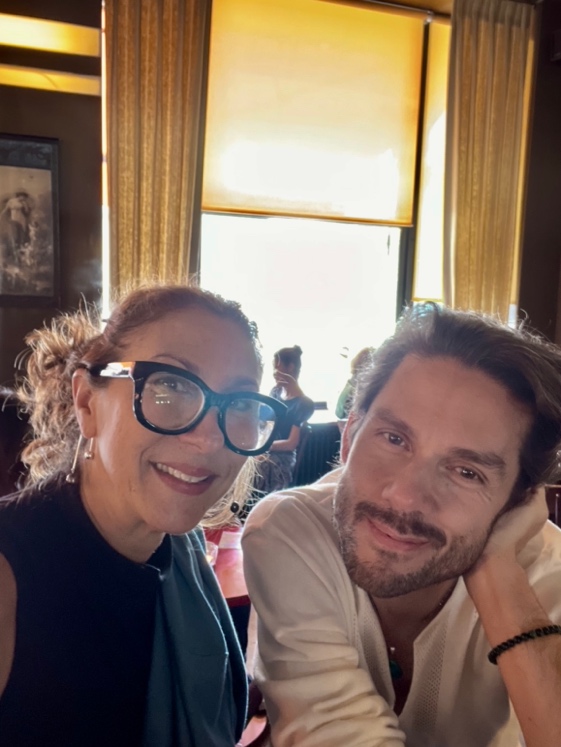 Teens , Adults , Seniors
Please note you are looking at an event that has already happened.
Registration for this event is no longer open.

"Unusual DialogueS" is the theme for the Salon, hosted and curated by Ines Rodrigues and Plinio Ribeiro Jr.

The event is live from New York and Paris simultaneously.

We will present four artists in fiction, non-fiction, poetry, and visual arts, trying to establish an important DIALOGUE. We are ready to speak but, most importantly, we are ready to listen to different points of view. The Scarsdale Salon is celebrating seven years this fall as a voice for writers and artists. Four years ago, we joined the Salon de Belleville from Paris, France, creating a singular event that brings together continents, languages, and multiple stories. We are proud of our partnership with the SCARSDALE PUBLIC LIBRARY and BRONX RIVER BOOKS.

Based in New York and in Europe, João Nemi Neto has books of poetry and prose published in Brazil and the USA. He has participated in a collective of Latin American writers to the “US Without US” (2015), published in New York and in Chile. He teaches at Columbia University, in New York City. His latest books are  a collection of essays “Cannibalizing Queer: Brazilian Cinema from1970-2015 (2022), and the translation into English (in collaboration with Ben De Witte) of “In the Name of Desire”, from João Silvério Trevisan, a Brazilian writer and LGBTQAI+ activist(Sundial House, a press from Columbia University).

Elaine Sexton will read from her latest collection of poems, “Drive” (Grid Books, 2022).Her three previous books of poetry are: “Sleuth” (New Issues, 2003), “Causeway” (New Issues,2008), and “Prospect/Refuge” (Sheep Meadow Press, 2015). Her poems, art reviews, book reviews, and works in visual art have appeared in journals and anthologies, textbooks and websites including American Poetry Review, Art in America, Poetry, O! the Oprah Magazine, and Poetry Daily. An avid book maker and micro-publisher, she is the author of several chapbooks, and has curated site-specific events with accompanying limited-edition chapbooks, and periodicals, among them Hair and 2 Horatio. She teaches text and image and poetry at Sarah Lawrence College and has been guest faculty at New York University and in the graduate writing program at City College (CUNY).

Based in Reykjavik, Iceland, Cricelli grew up between Italy, Brazil, and Malaysia. She holds a
PhD in Literary Translations. She is the translator of Italian authors Elena Ferrante and IgiabaScego into Portuguese. She has published the book of poems Repátria in Brazil and Italy (Selo Demônio Negro, 2015 eCarta Canta, 2017) and 16 poemas + 1 in the USA (2017), Iceland(Sagarana forlag, 2017) and
China (Minsheng Museum, 2018); and a new bilingual chapbook As curvas negras da terra / Lascurvas negras de la tierra (Nosotros Editorial, 2019).

You will receive an email with a Zoom link approximately 1 hour before the start of this event.