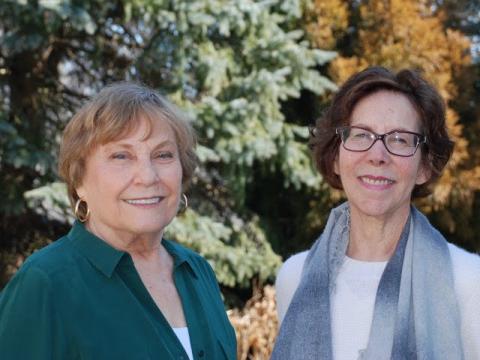 We often turn to fiction and memoir to learn about mental illness and honest human interactions, to find an openness in a subject that is often taboo. Honoring mental health awareness month, authors Florence Reiss Kraut and Marlena Maduro Baraf will discuss issues of mental illness as portrayed in their books, the novel, How to Make a Life and the memoir, At the Narrow Waist of the World.

Florence Reiss Kraut is a native New Yorker, raised and educated in New York City.  She holds a BA in English and a master’s in social work.  She worked for thirty years as a clinician, a family therapist, and CEO of a family service agency while writing stories and essays for publication. Then she retired to devote herself to writing and traveling widely. She has published personal essays for the New York Times and her fiction has appeared in journals such as The Evening Street Press, SNReview, The Westchester Review and others. She lives with her husband in Rye, New York.

“The world of richly drawn characters in How to Make a Life transported me on a compelling emotional journey. In a story that brings the 20th Century to life, the powerful need to assimilate threatens the very bonds that ground an immigrant family with a sense of identity as four generations adapt to a culture that reinvents itself with every decade.”  --Stephanie Lehmann, Author of Astor Place Vintage.

Marlena Maduro Baraf immigrated to the United States from her native Panama. Her work has been published in Ms., Lilith, HuffPost, Sweet Lit, and others. She is a writer, poet, and blogger of the Soy/Somos series that examines the lives of Latinos in the US. In past lives Marlena was book editor at Harper & Row and McGraw-Hill book companies in New York City. She studied at Parsons School of Design and at the Writing Institute at Sarah Laurence College. Her memoir, At the Narrow Waist of the World explores the intense relationship between mothers and daughters and highlights the importance of community in a large Jewish, Latin American family. It examines the issues of living an insider/outsider life, mental illness, and healing.”

“With its lyrical voice and tender narrator, At the Narrow Waist of the World is a gorgeously vivid memoir reminiscent of Sandra Cisnero’s The House on Mango Street.” –Jimin Han, author of A Small Revolution.